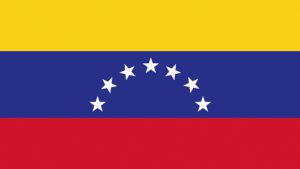 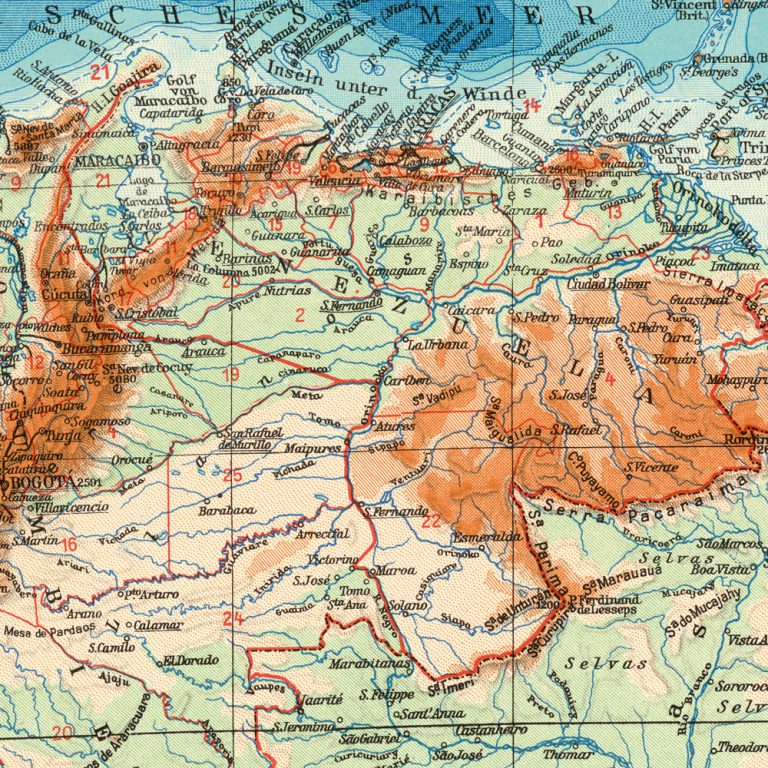 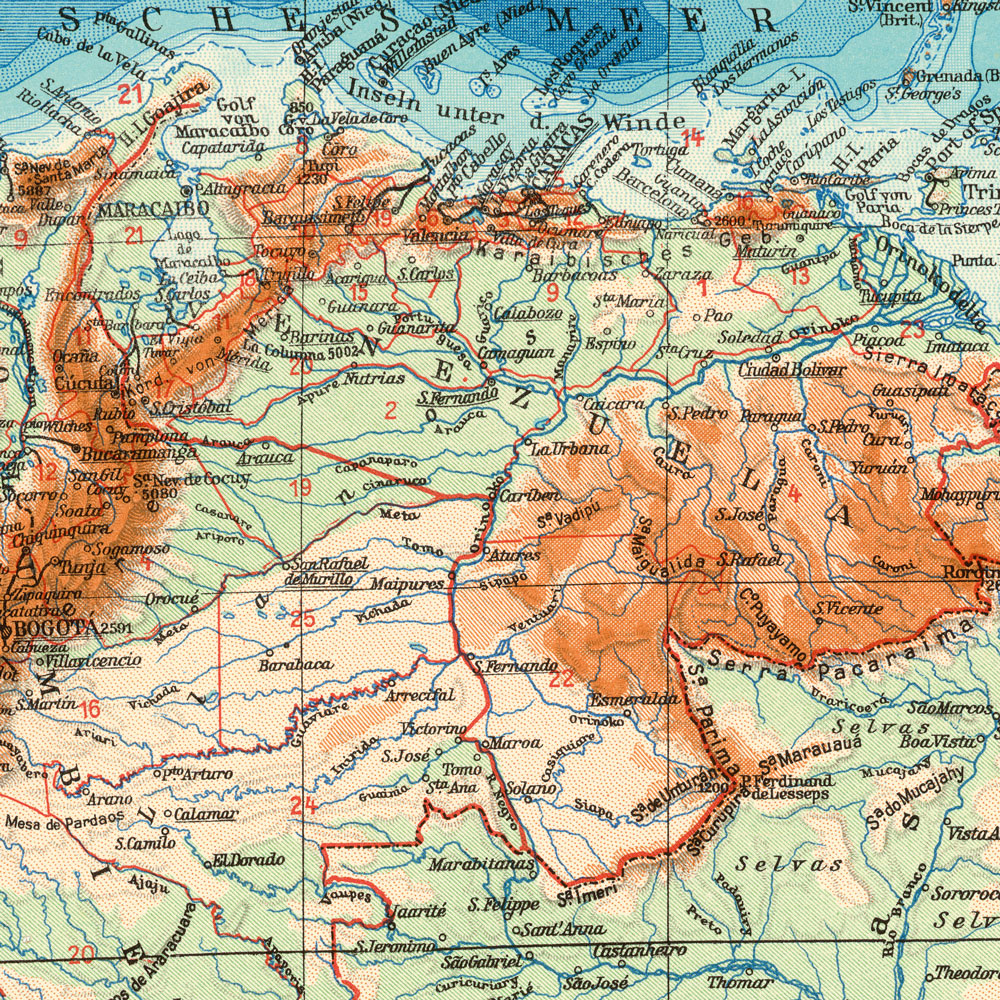 Venezuela is less affected than most Latin American countries by the effects of the global economic crisis that begins in 1929. The massive American investments in Venezuelan oil production under the repressive regime of Juan Vicente Gómez, who ruled Venezuela between 1908 and 1935, has bestowed considerable wealth on small portions of the population while intensifying social tensions.

Out of fear that “subversive forces” might enter the country, the Gómez regime sets tight limits on immigration. This policy changes only after Gómez’s death, under his successor General Eleazar López Contreras, who is elected president of Venezuela in April 1936 and remains in office until 1941. His equally repressive and corrupt regime views immigration as an opportunity to develop the country both economically and socially. The immigrants to be recruited, however, should be mostly “white,” economically well off and willing to assimilate.

When the Venezuelan press writes about the issue of immigration in the spring of 1938, Jewish refugees from Germany and Austria are not explicitly mentioned. In the strictly confidential circular no. 2931, however, the regime instructs its diplomatic missions not to hand out entry visas to Jews or blacks without specific directives from the Ministry of Foreign Affairs. At the same time, Venezuela accepts a group of Basques who are fleeing the Spanish Civil War. With special permits from the Ministry of Foreign Affairs and through illegal means, some Jewish refugees nevertheless succeed in reaching Venezuela.

In 1939, by order of President López Contreras, Venezuela accepts 251 Jewish refugees from the ships Caribia and Königstein, who had been refused entry in British Trinidad and also, initially, in a Venezuelan port. The following year the regime relaxes its immigration rules for Jews and especially for non-Jewish “non-Aryans,” who can now enter the country if they bring expertise and capital with them. They are still restricted as to where they can settle. 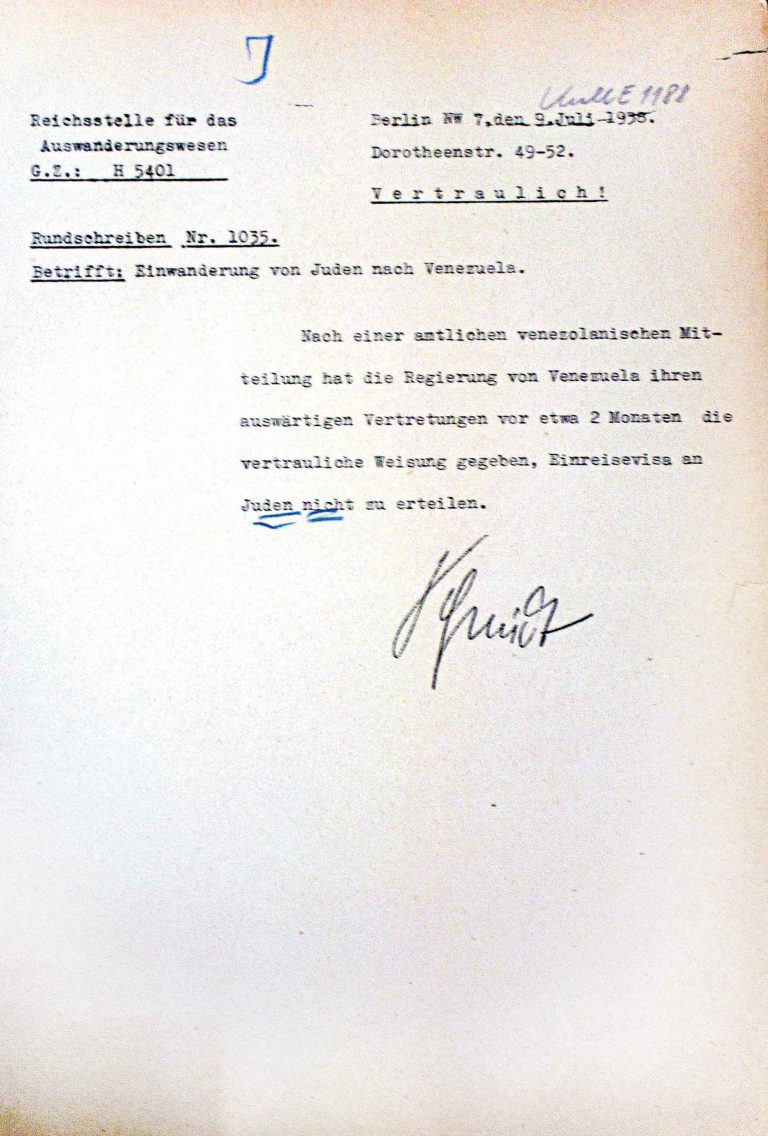 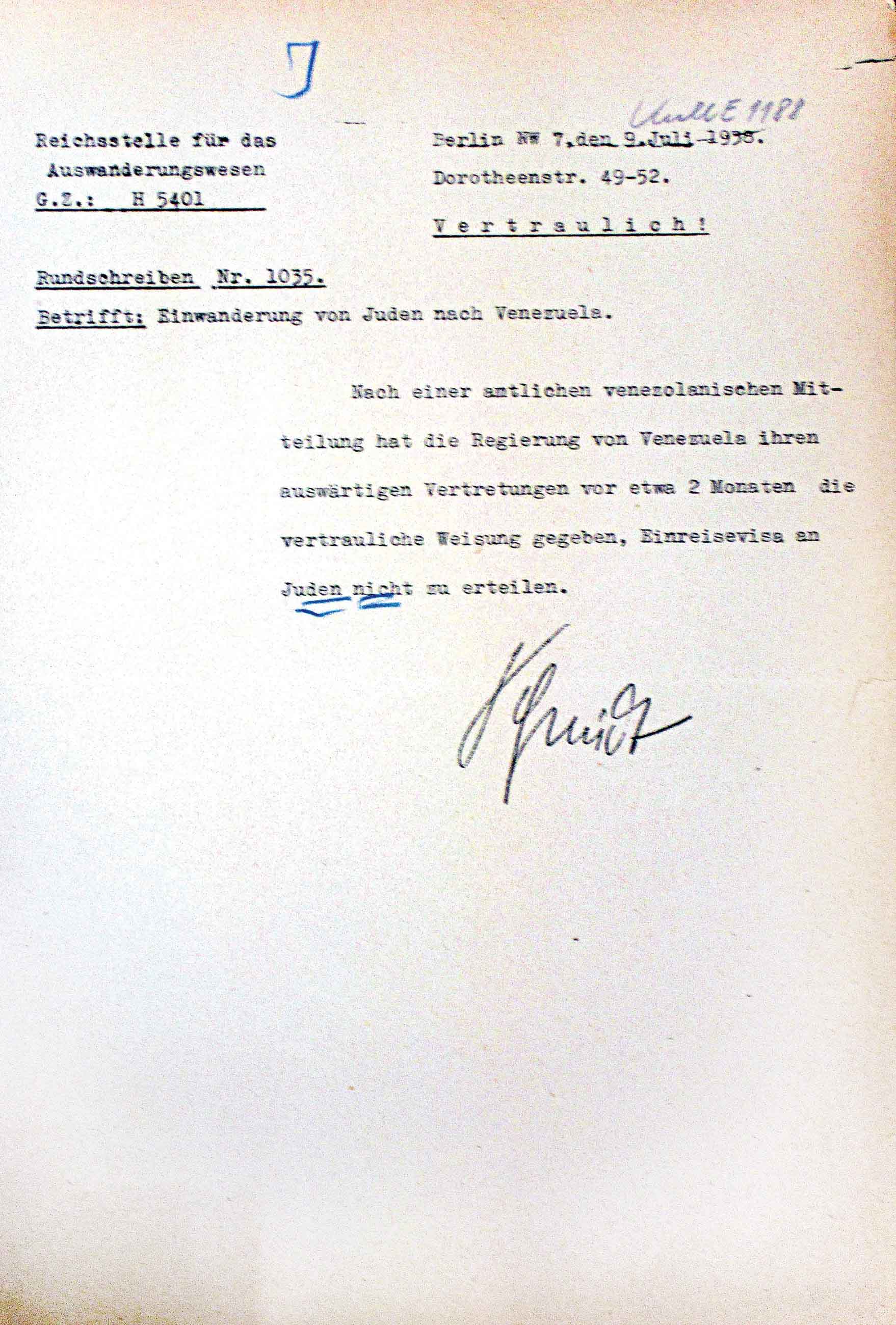 After studying law, Carlos Aristimuno Coll directs the National Archives of Venezuela from 1912 to 1913. Shortly thereafter, he joins the dictator Gómez’s cabinet as minister of education. In 1917 he is let go by the dictator along with some of his colleagues, when Goméz, under pressure from the US, replaces all his pro-German ministers. Subsequently, Aristimuno Coll practices as a lawyer in Caracas until switching to the diplomatic corps.

Beginning in 1928, he serves as his country’s chief representative in Brussels and afterwards in Czechoslovakia. He then serves as Venezuela’s ambassador to Poland from 1934 to 1936, followed by stints in France (until 1940) and Chile (1941–1943). The US State Department considers him to be essentially pro-American, but judges his influence in Venezuela after the death of the dictator Gómez to be limited.

In the novel “Missing Person” by the Nobel prize-winning French author Patrick Modiano, Aristimuno Coll is mentioned as the chief representative of the Venezuelan embassy in Paris. 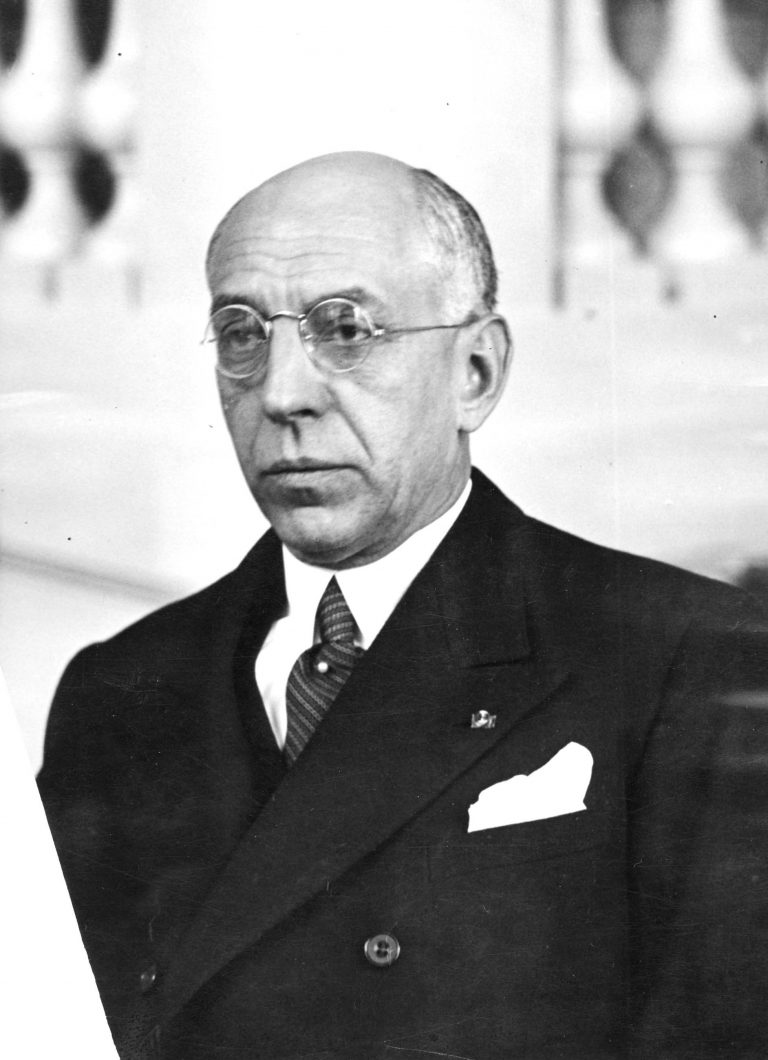 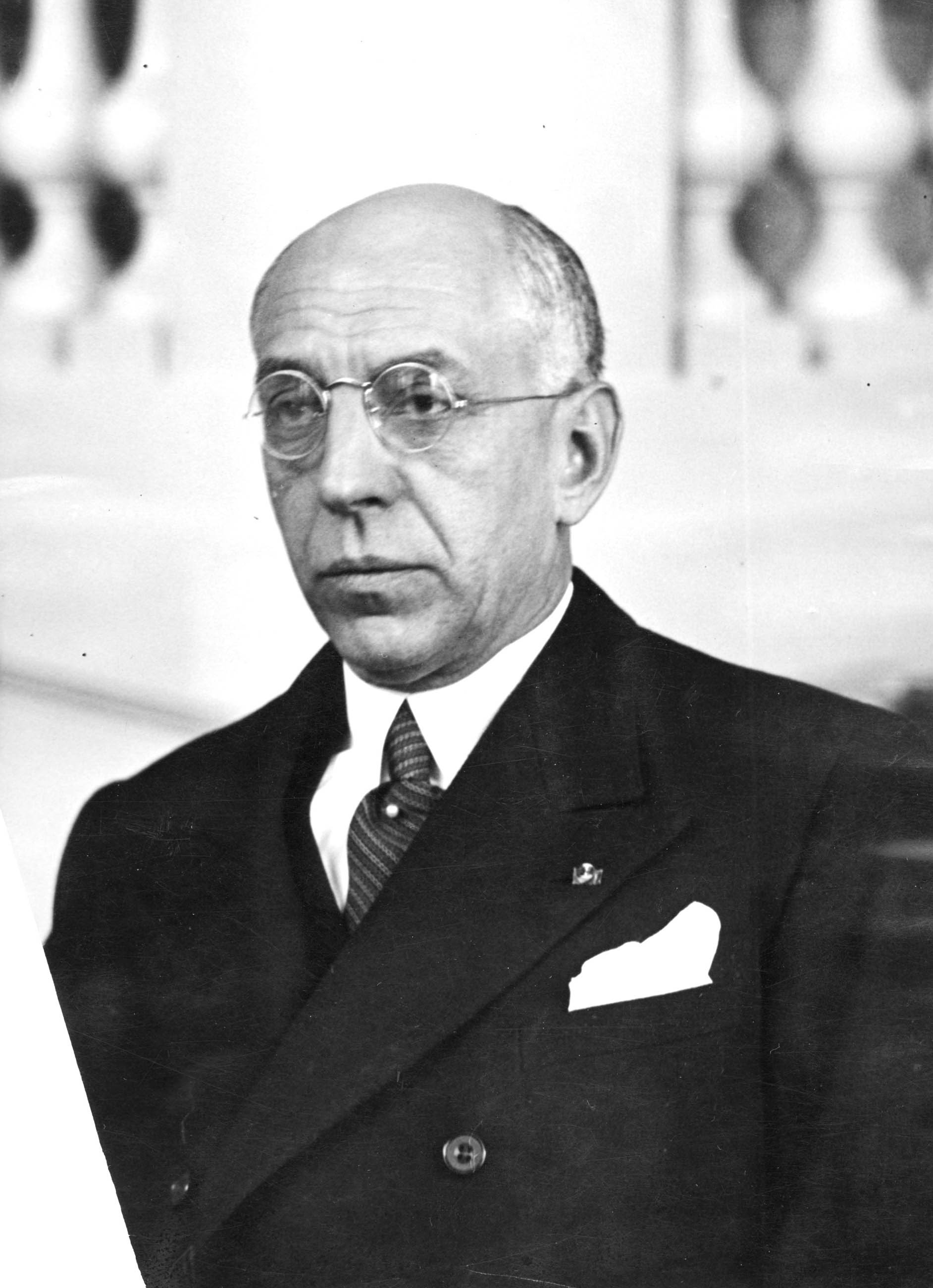 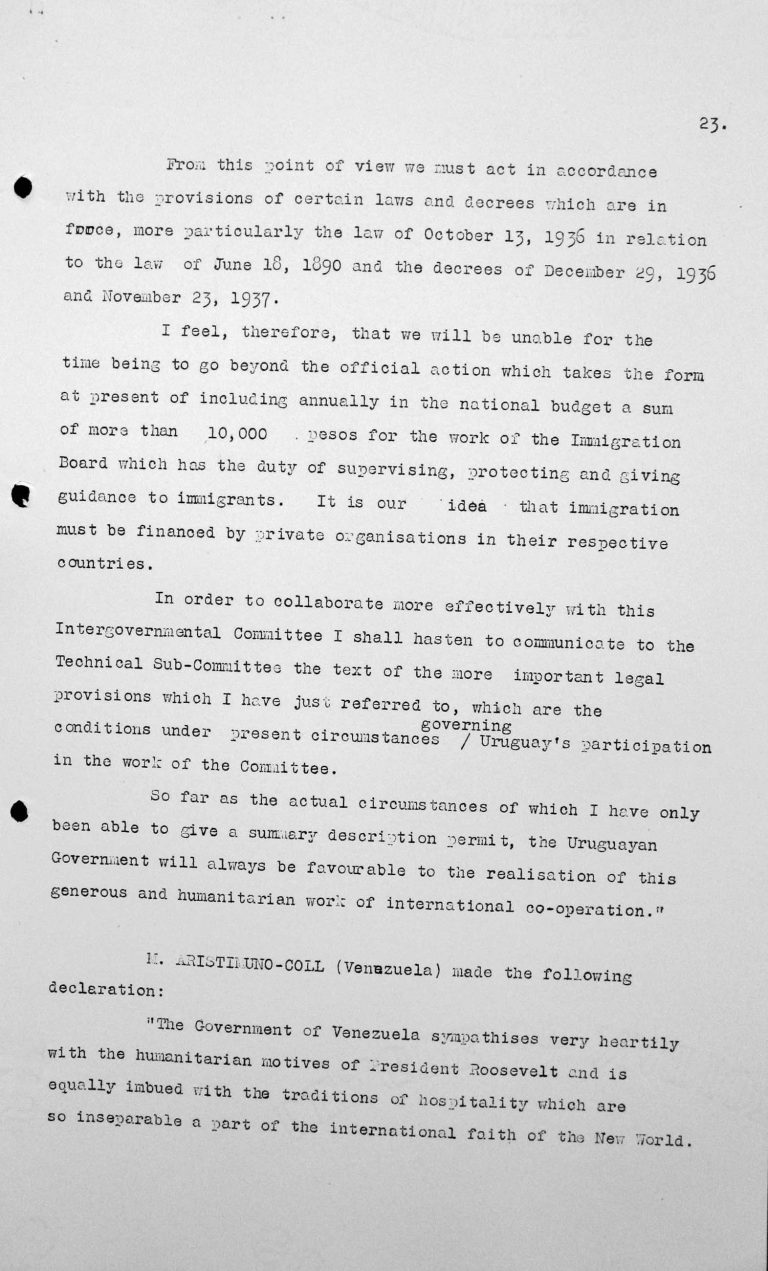 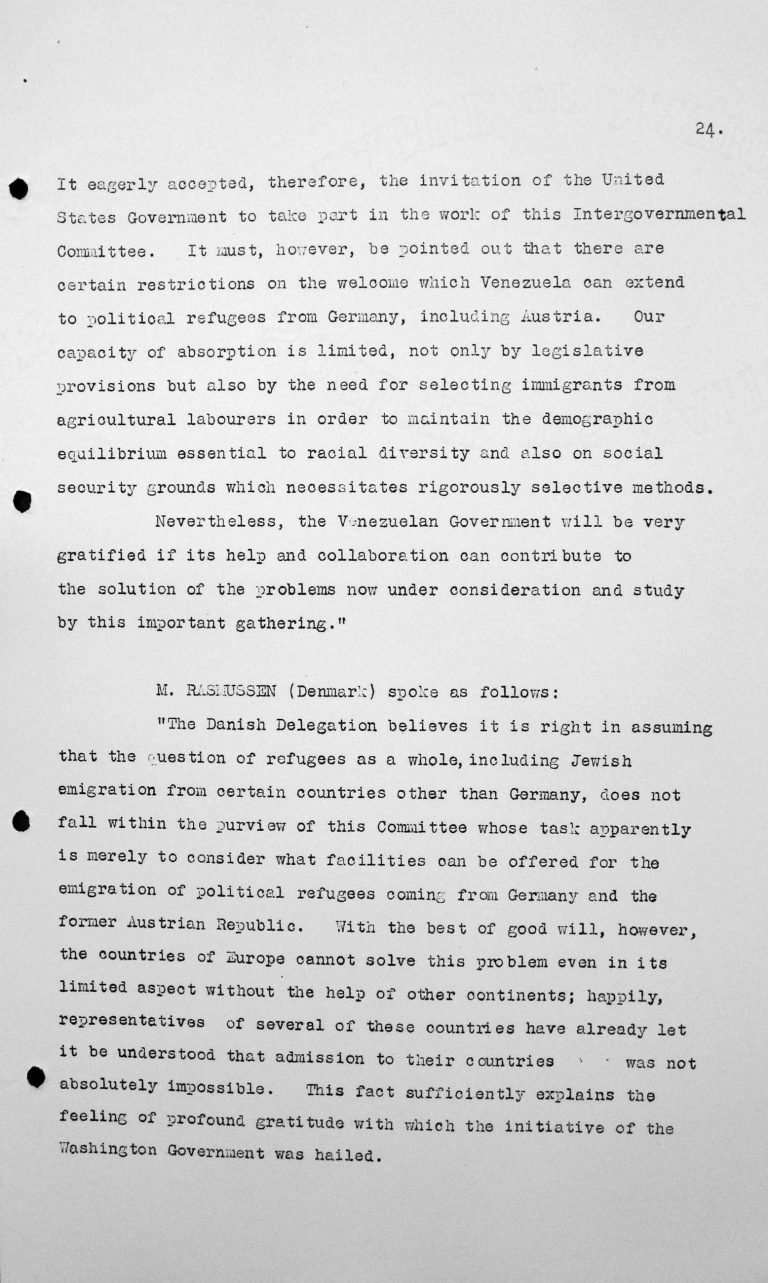 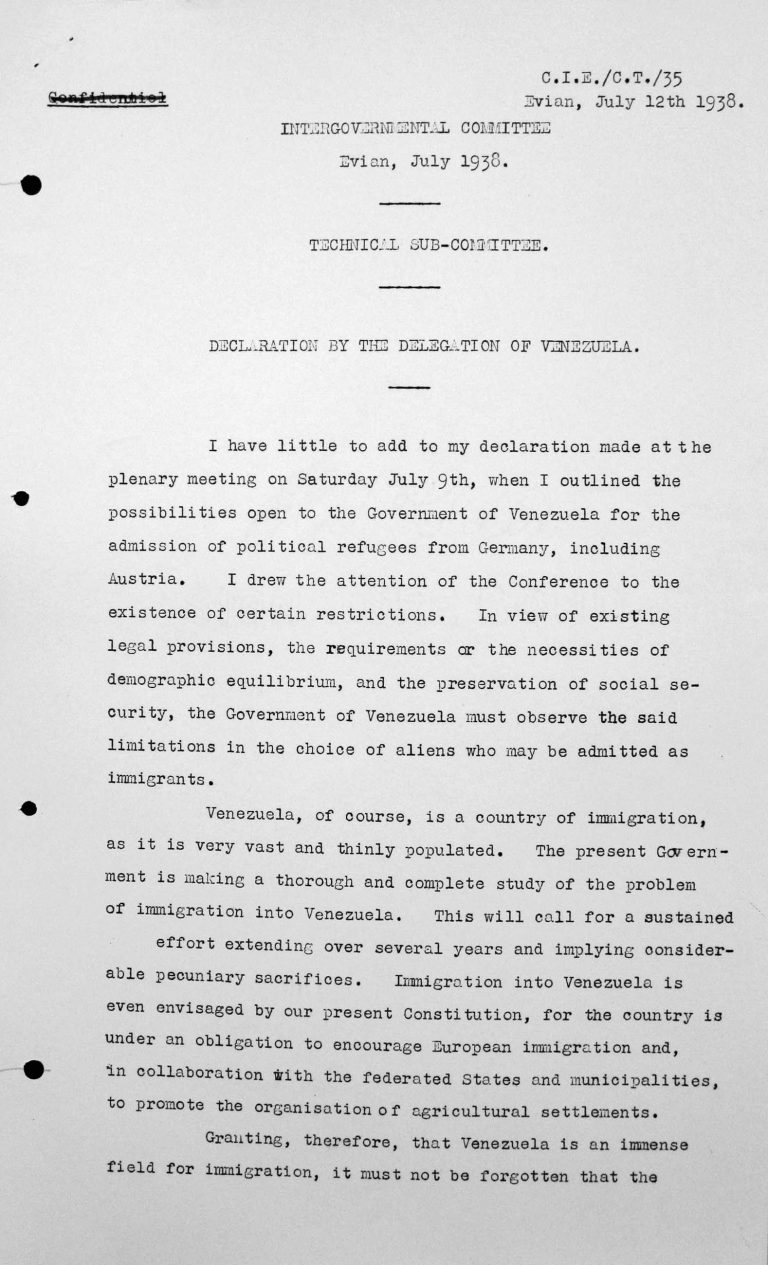 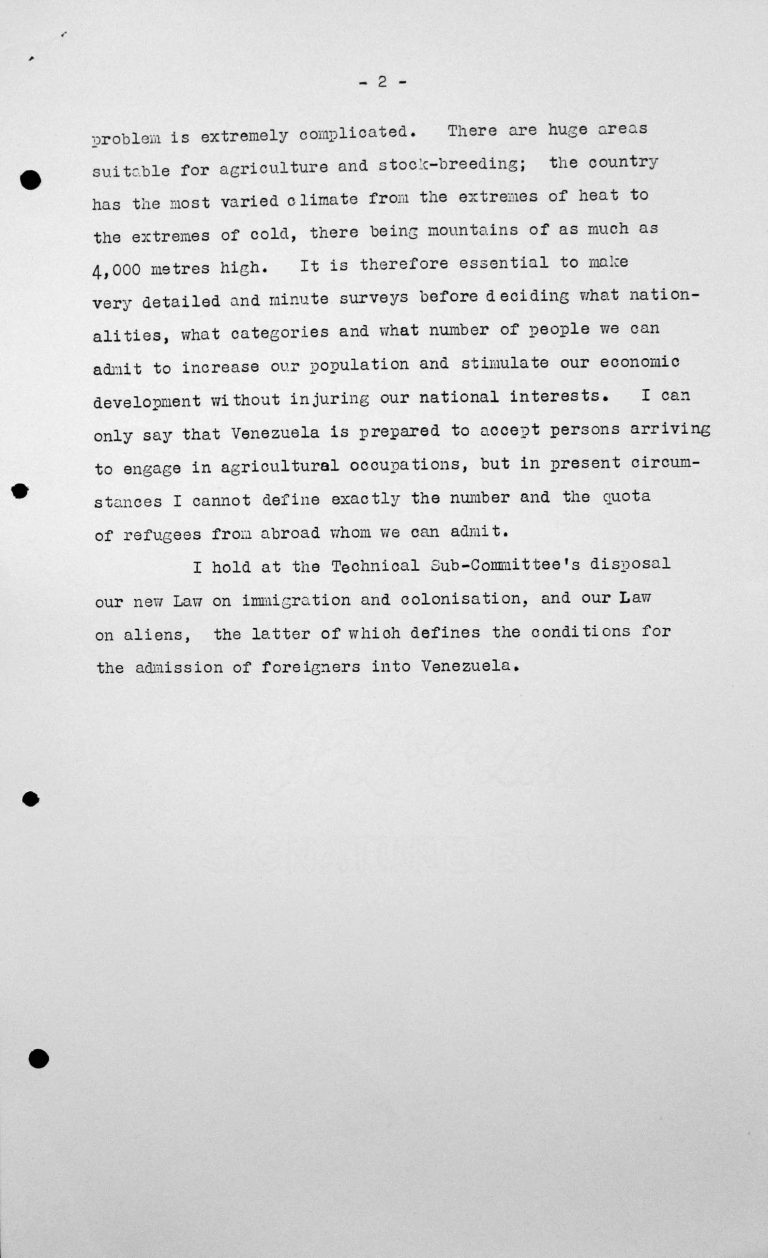 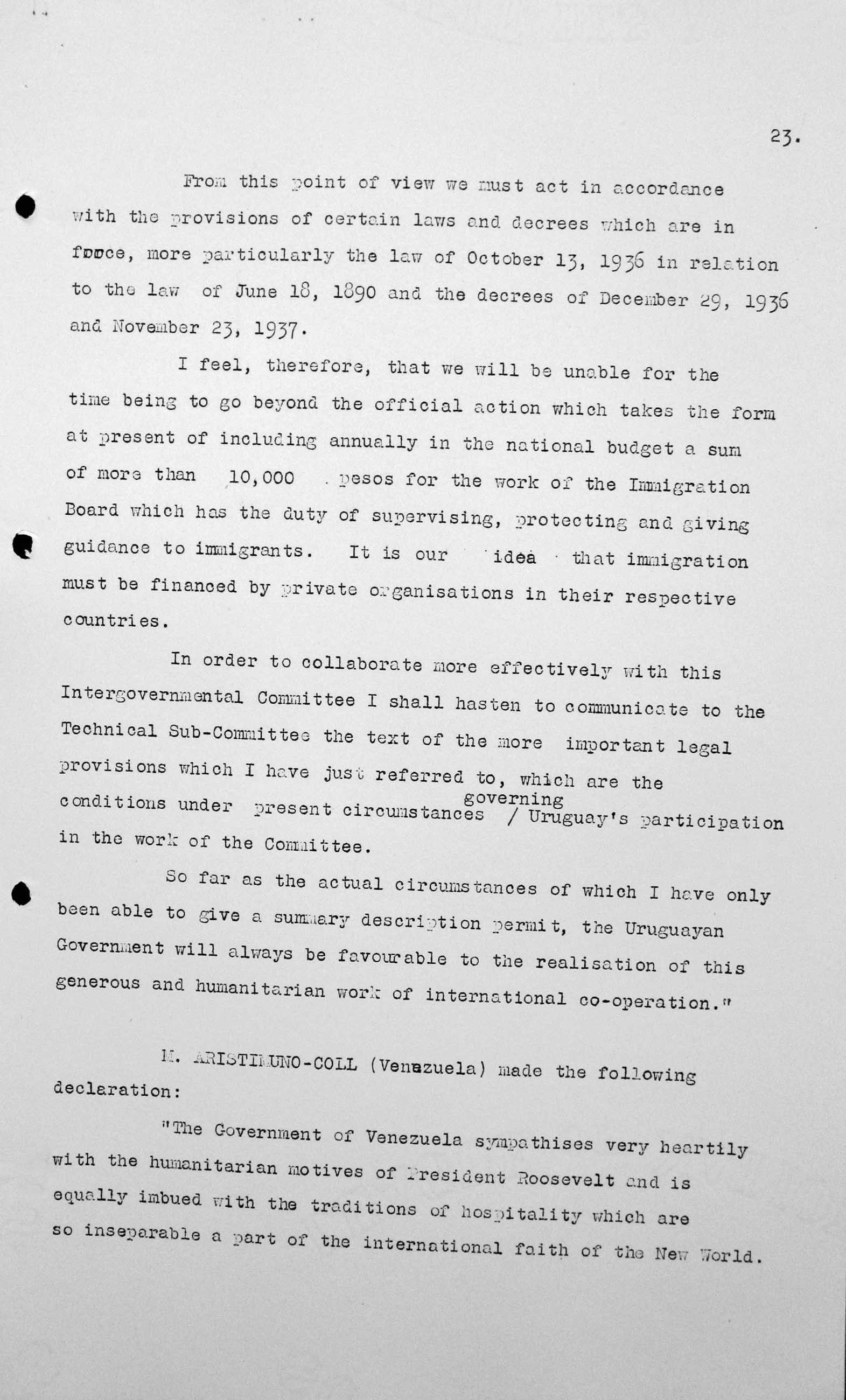 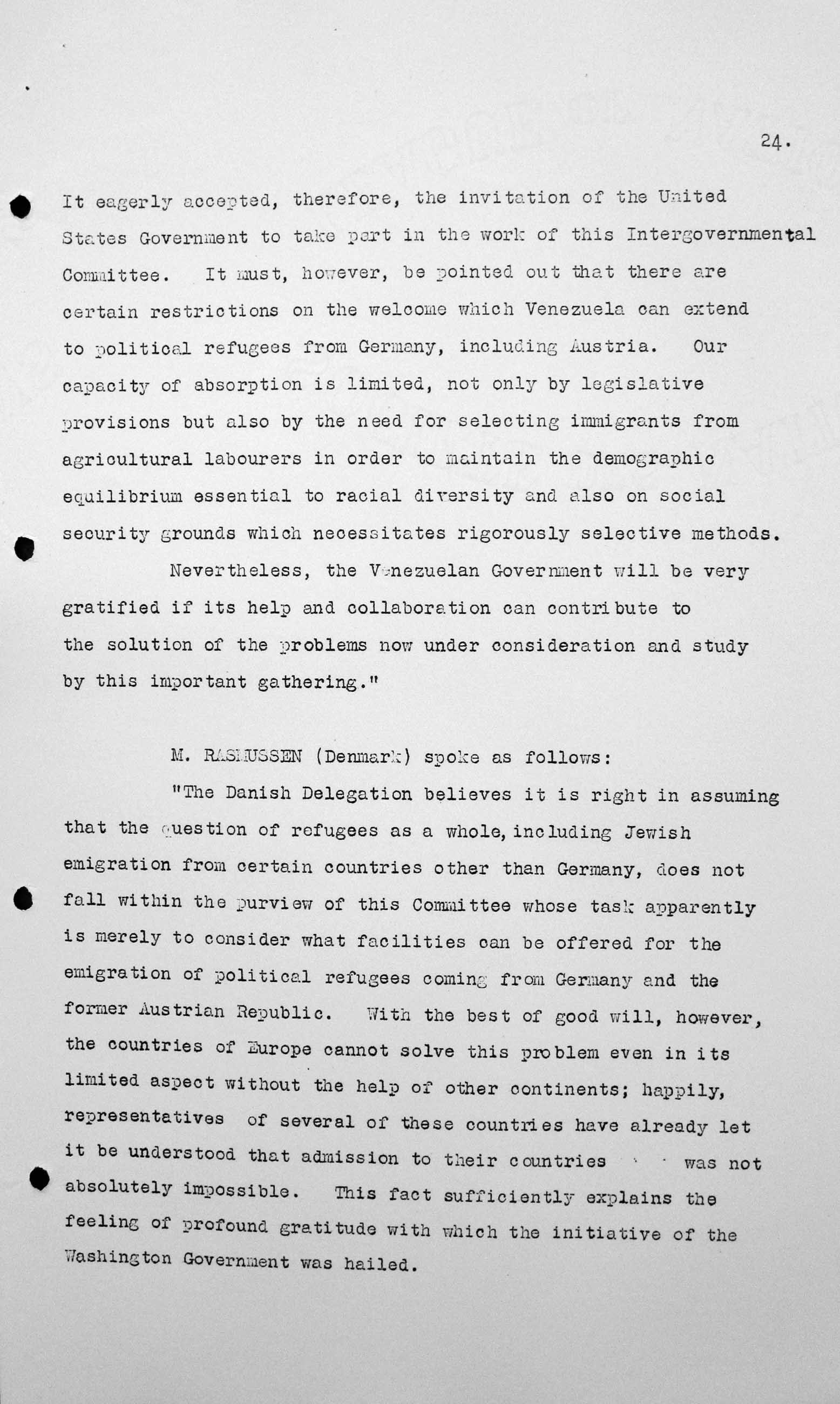 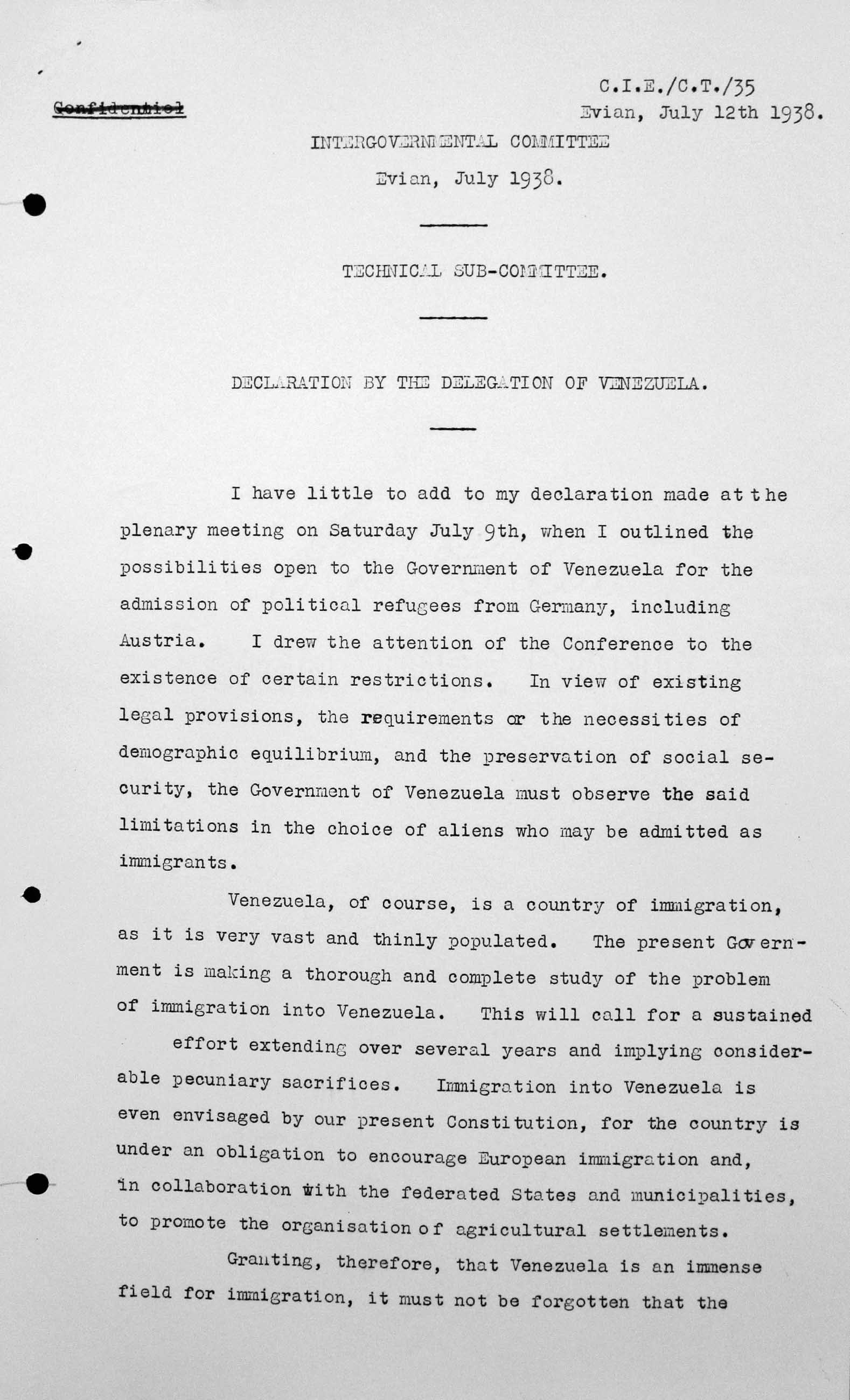 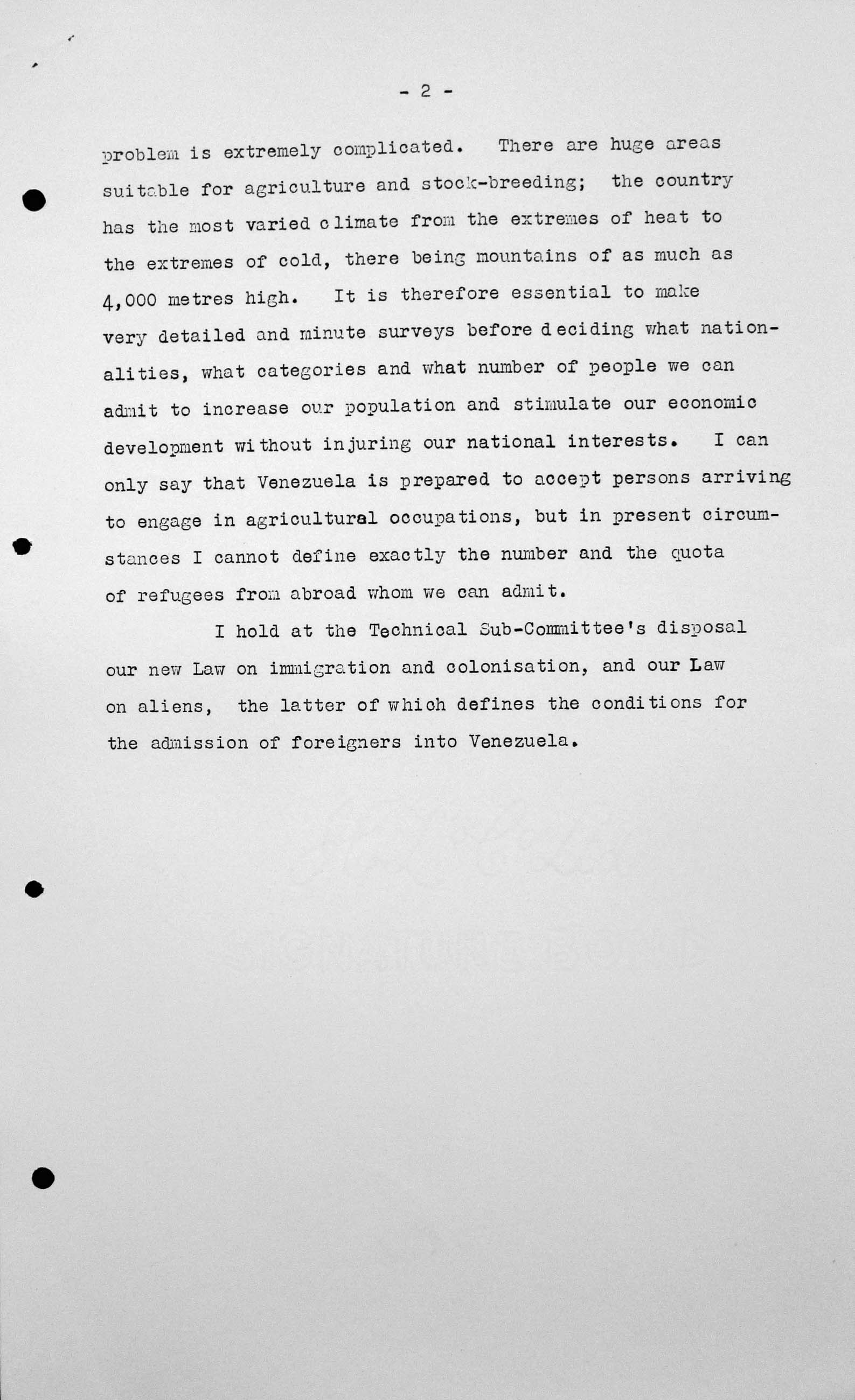