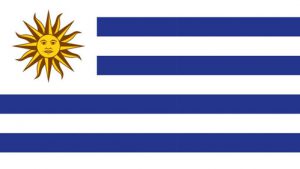 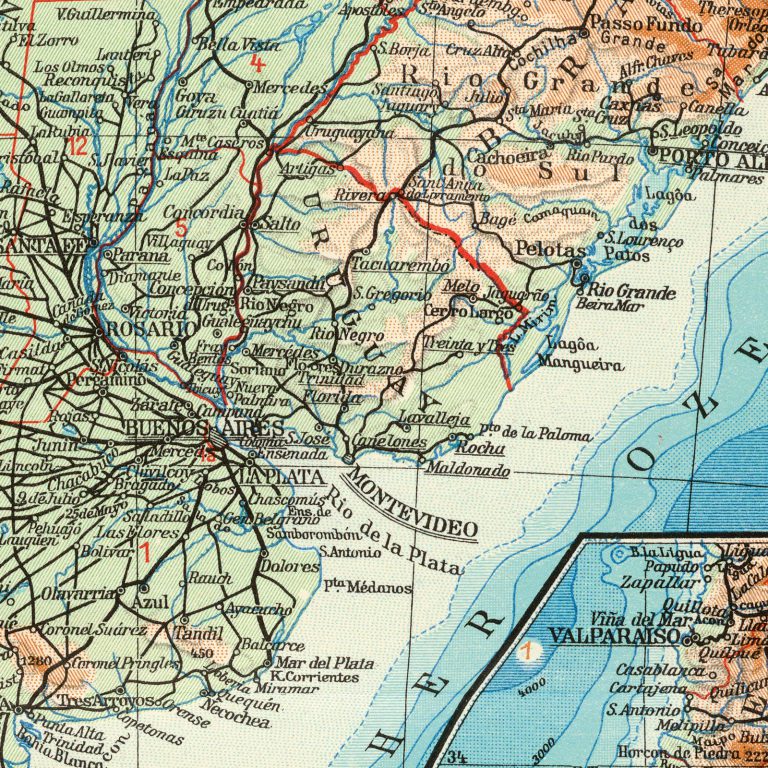 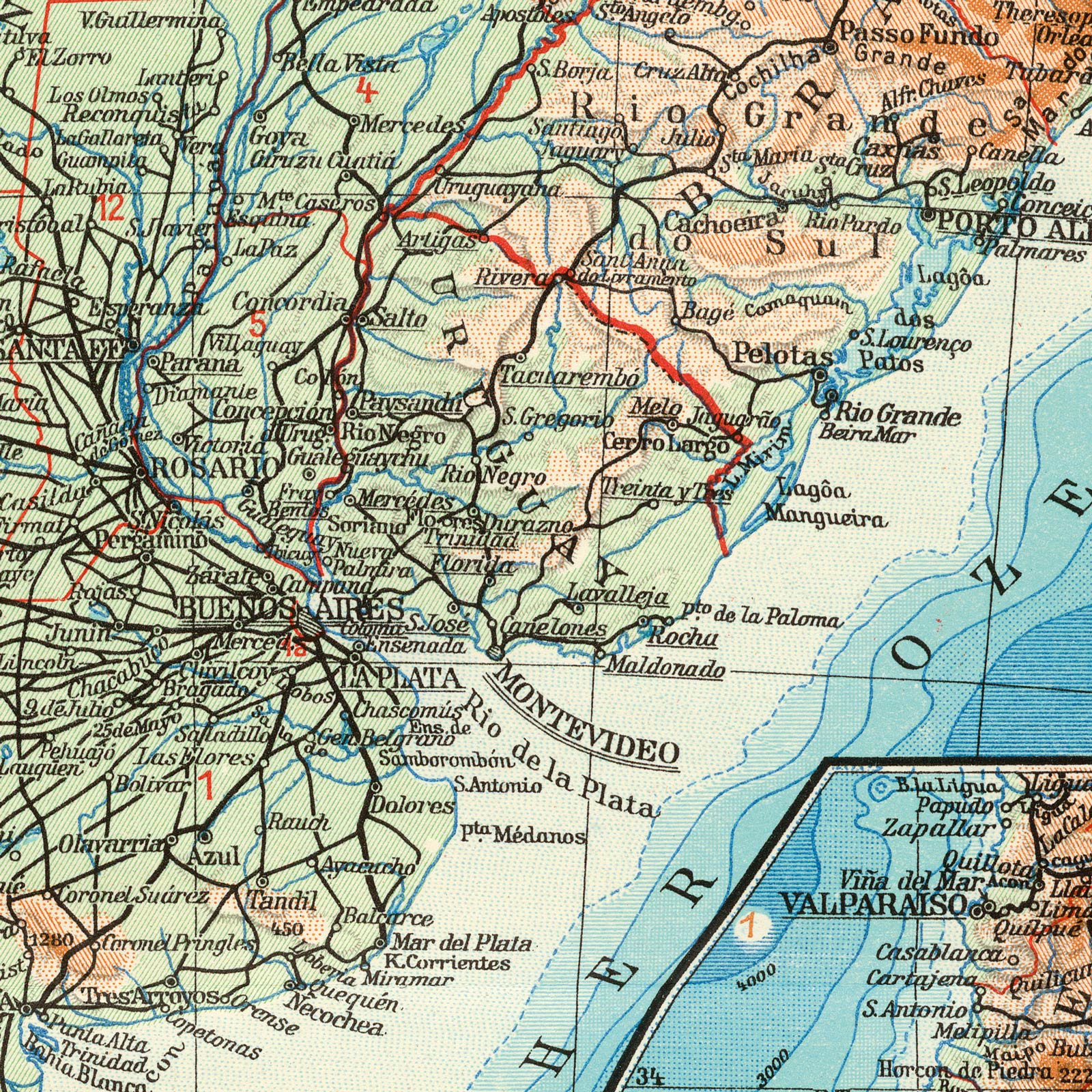 Uruguayan culture is shaped by the many immigrants who have come to the country, especially from Italy and Spain. During the Great Depression, there is an economic and social crisis in Uruguay. President Gabriel Terra, who is lawfully elected at first, abolishes the country’s democracy through a coup in 1932 and establishes a dictatorship. His regime is nationalist and illiberal, and persecutes left-wing political groups, especially communists.

Under Terra, Uruguay tightens its immigration rules considerably, with a focus on selecting immigrants and limiting their numbers. In 1932, the “Law of Undesirables” (“Ley de indeseables”) is passed. It restricts immigration by people with physical or mental disabilities and those who are “unemployable.” Beginning in 1936, communists and members of left-wing organizations are also banned from entering from Europe.

Jewish immigrants must meet certain economic and social criteria to be permitted to enter Uruguay (officially, this is the case for all immigrants). In practice, however, they are generally classified as “undesirables.”

In March 1938, General Alfredo Baldomir (Terra’s son-in-law) is elected president and initiates an incremental return to democracy. In advance of the Évian Conference, Baldomir signals his willingness to take in refugees from Europe. At the conference, however, the Uruguayan delegation points to existing laws, including the “Law of Undesirables.” In December 1938, the country’s embassies are instructed by the Foreign Ministry not to issue any visas without consultation – the country’s borders are now largely closed.

The mood in Uruguay becomes increasingly aggressive and nationalistic up until the point when the country breaks off relations with the Axis powers in 1942. This atmosphere is often stoked by German and Italian propaganda. However, leftist and liberal elements in society fight against the government’s xenophobic and sometimes antisemitic policies.

Beginning in 1942, the democratic system becomes more entrenched and aggression toward immigrants wanes. Despite its restrictive immigration rules, Uruguay accepts a total of about 10,500 Jewish refugees from Europe. 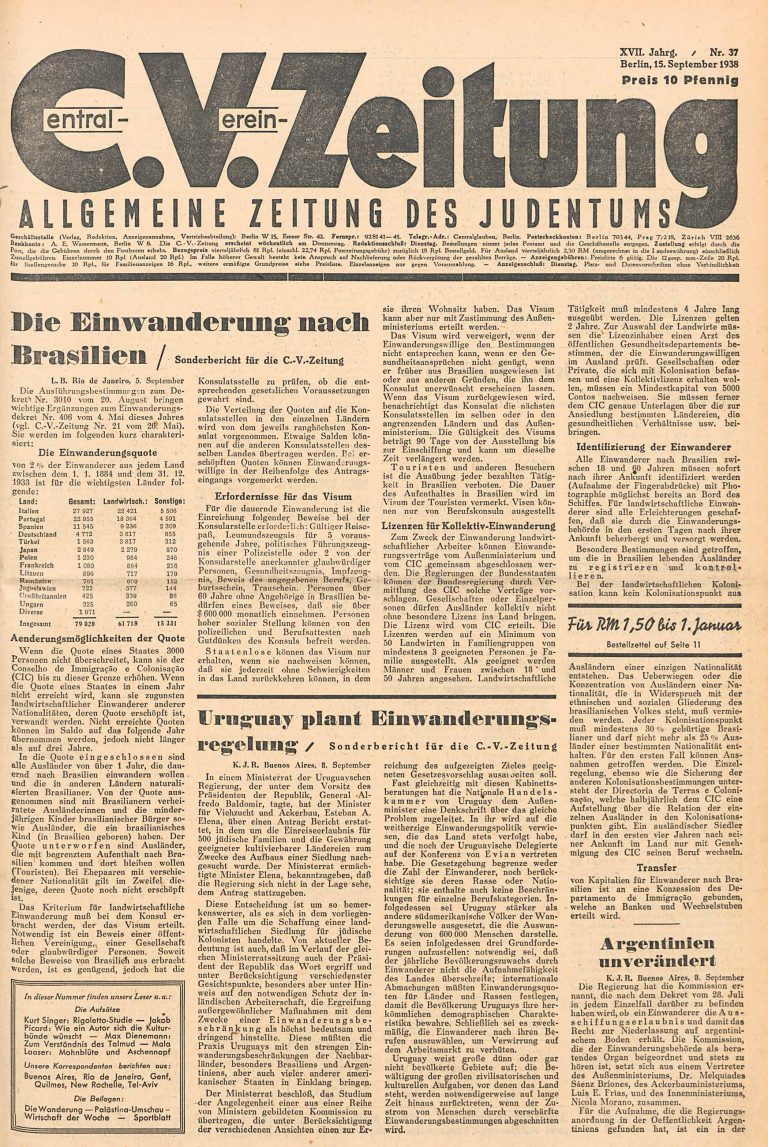 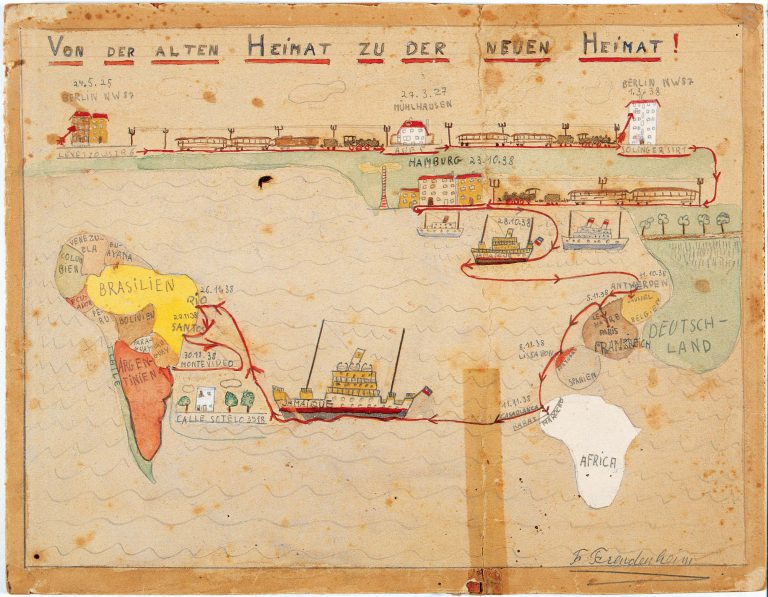 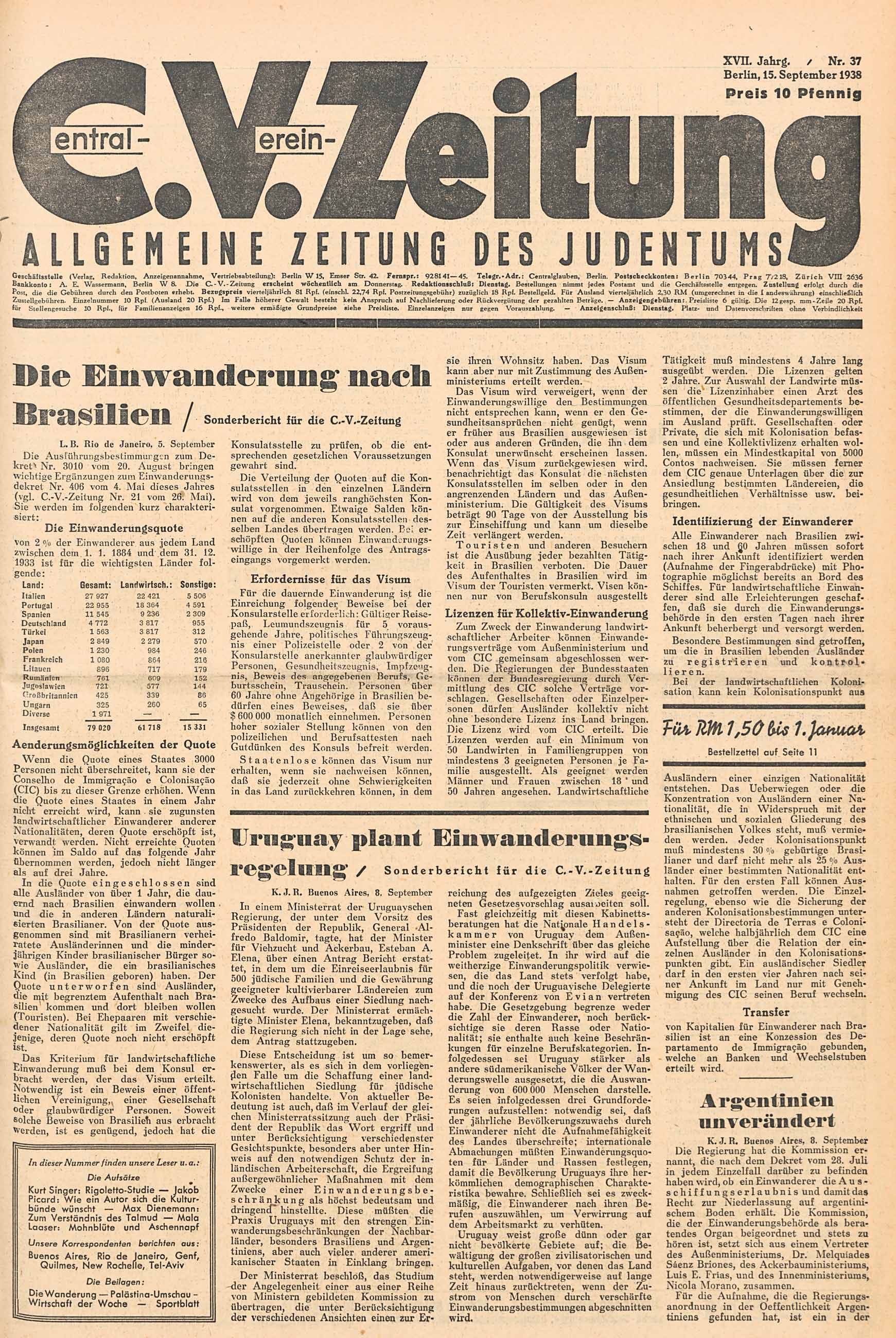 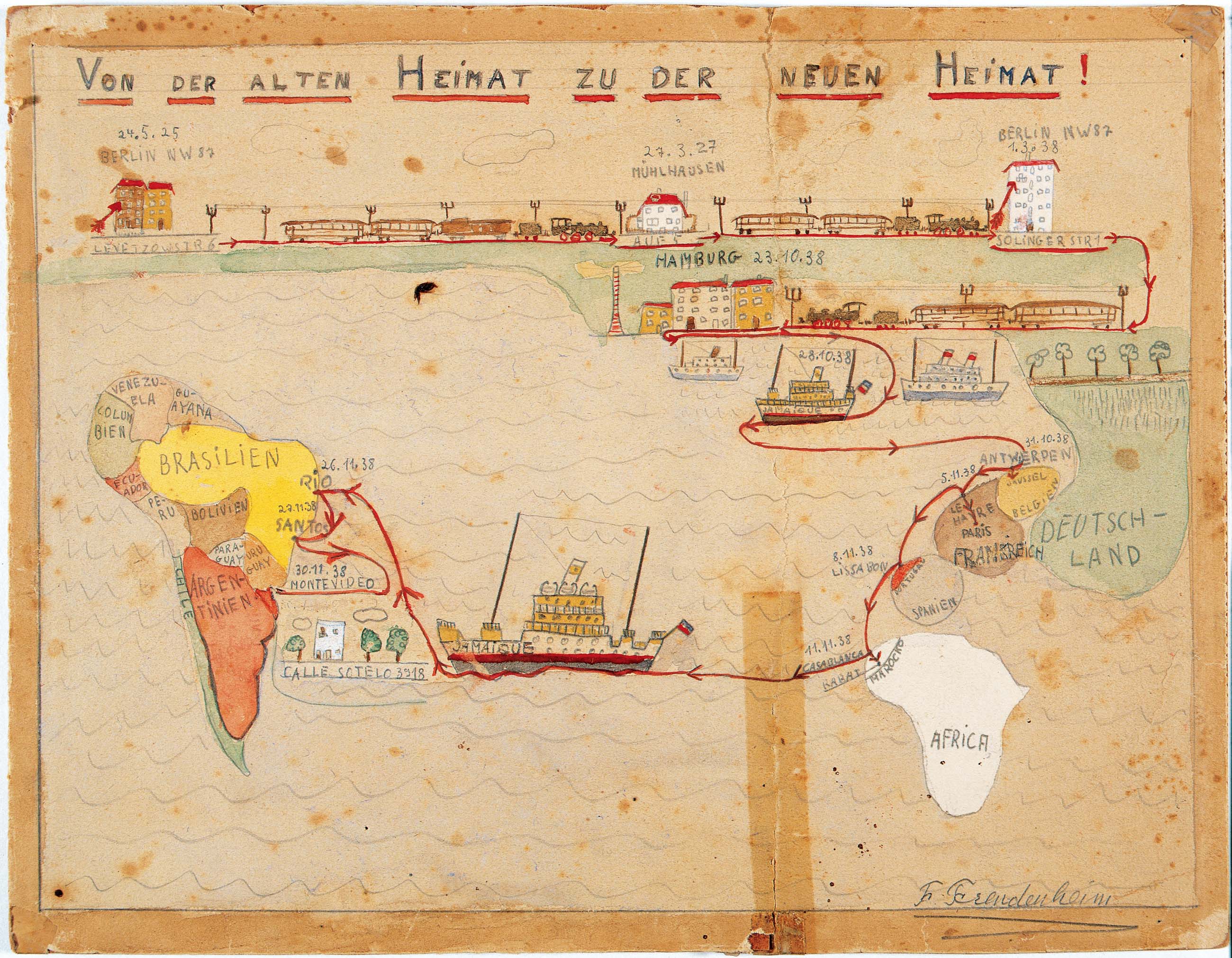 The Uruguayan delegate, Carbonell Debali, studies law in his hometown of Montevideo. After completing his doctorate, he teaches international public law at the University of Montevideo from 1924 to 1928. He then enters the diplomatic corps and works in the Uruguayan Embassy in Paraguay, where he is responsible for trade issues.

In 1930, Carbonell Debali returns to Montevideo and becomes a state secretary at the Foreign Ministry. From 1931 to 1937, he holds the position of chargé d´affaires at the Uruguayan Embassy in Bern and represents his country at international conferences.

After the Évian Conference, Carbonell Debali first acts as Uruguay’s envoy (1947–54), and later as its ambassador (1954–61) to the Holy See in the Vatican. 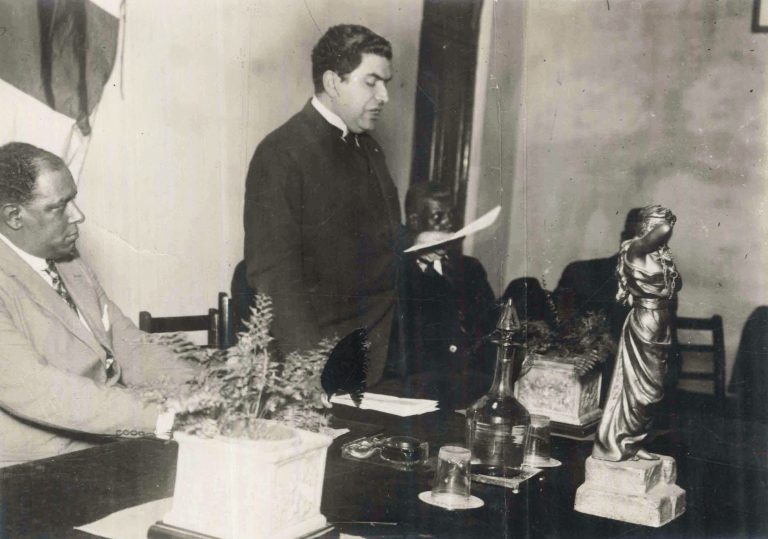 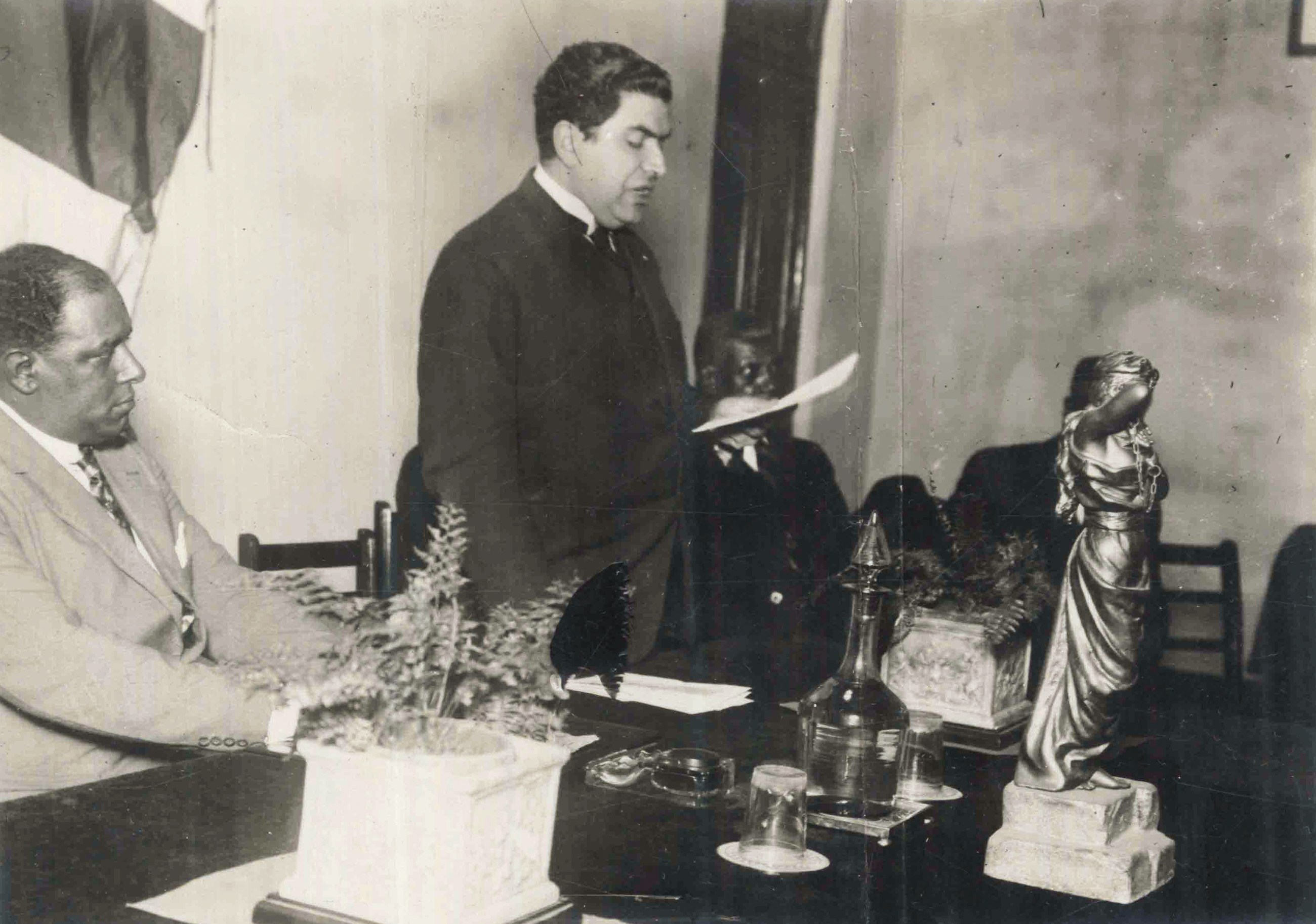 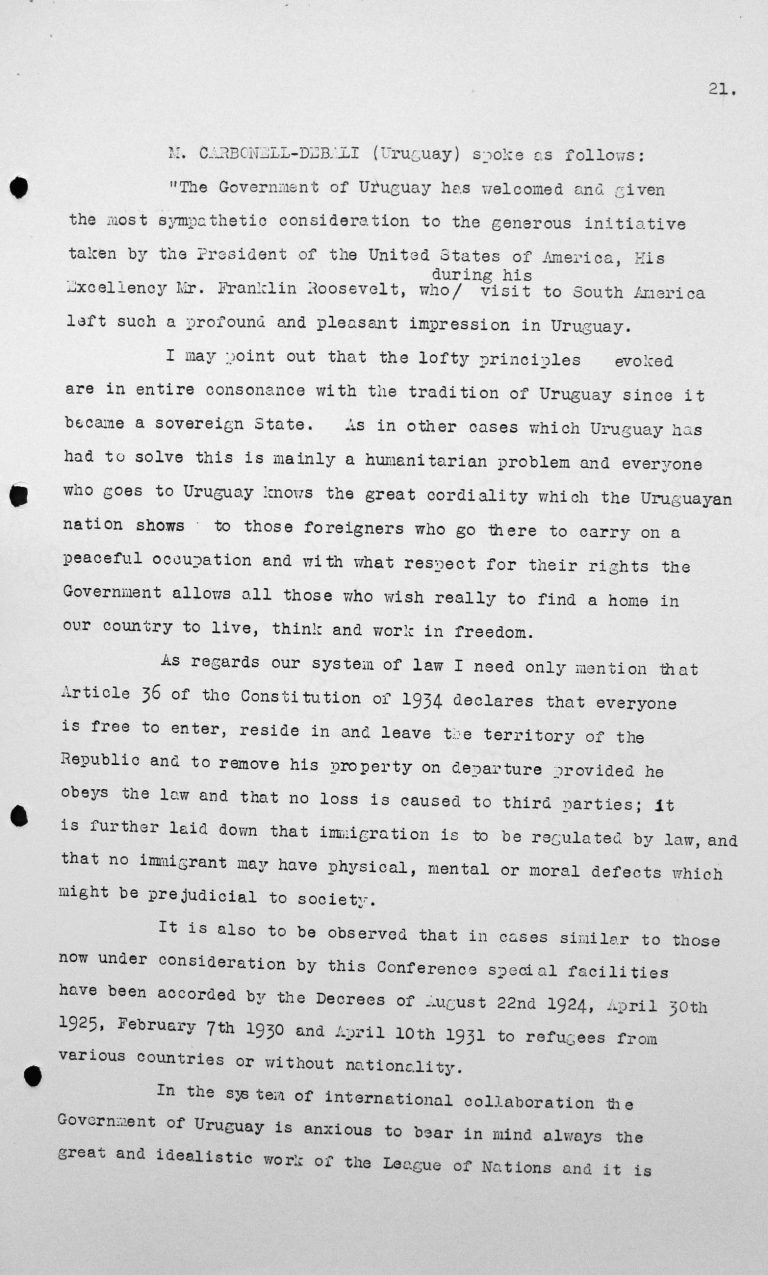 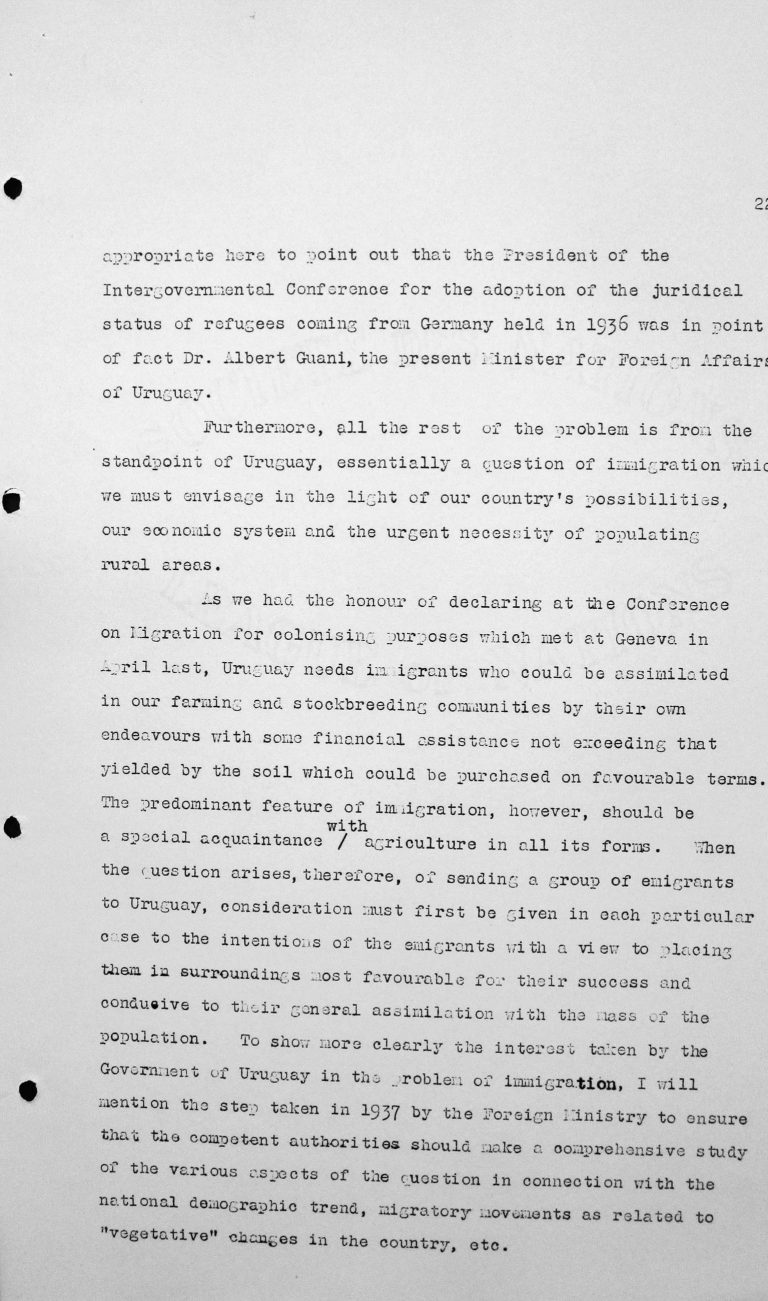 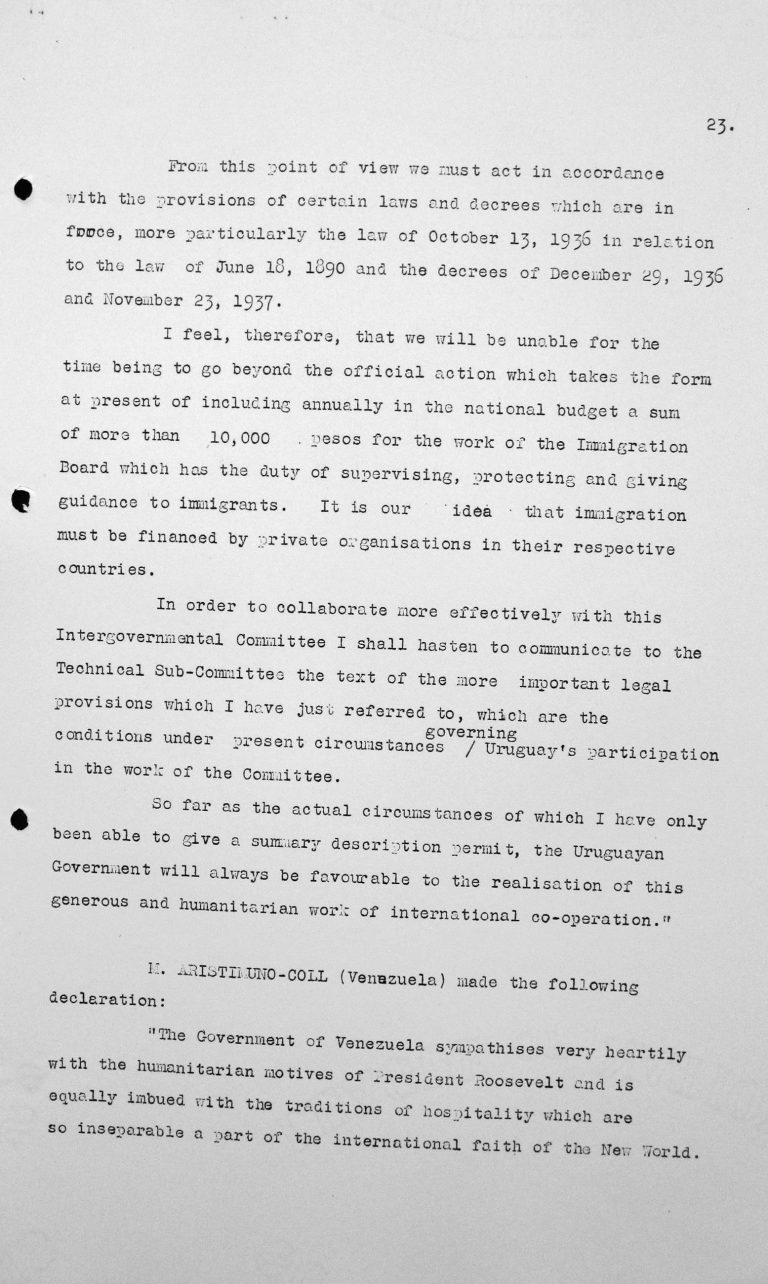 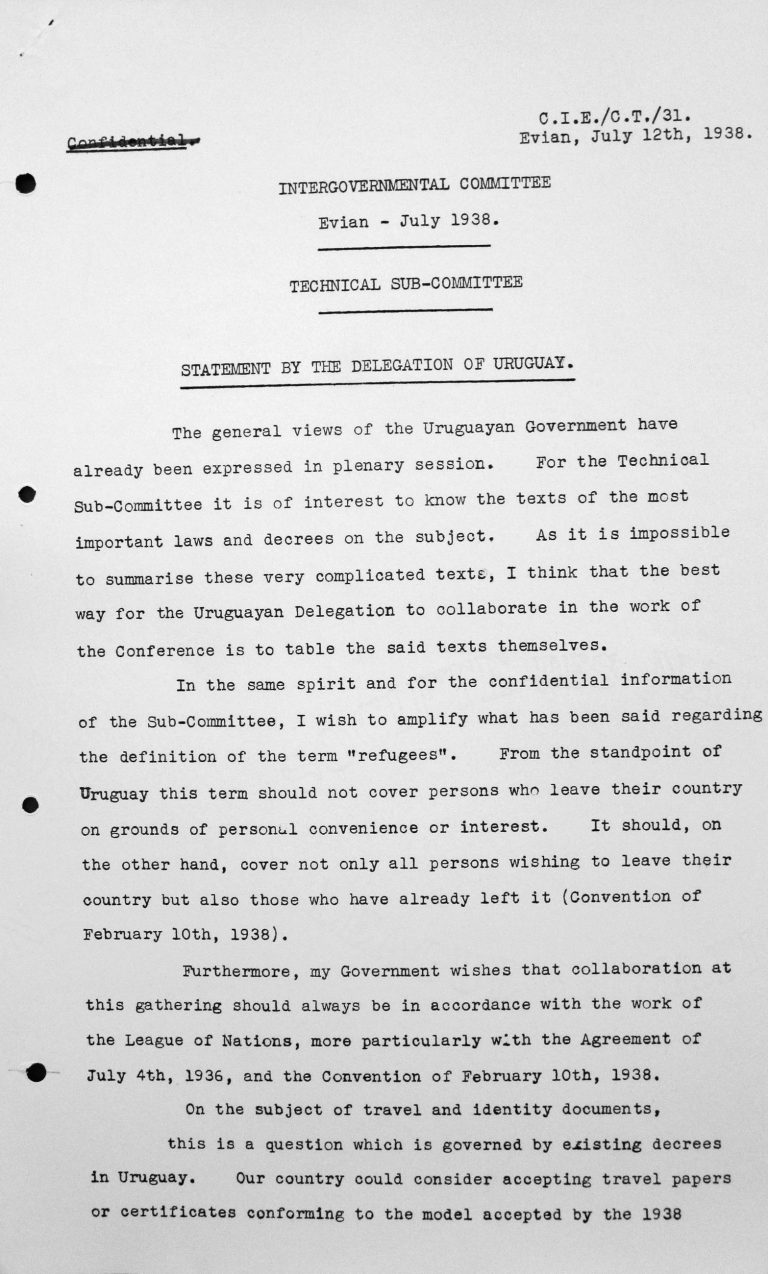 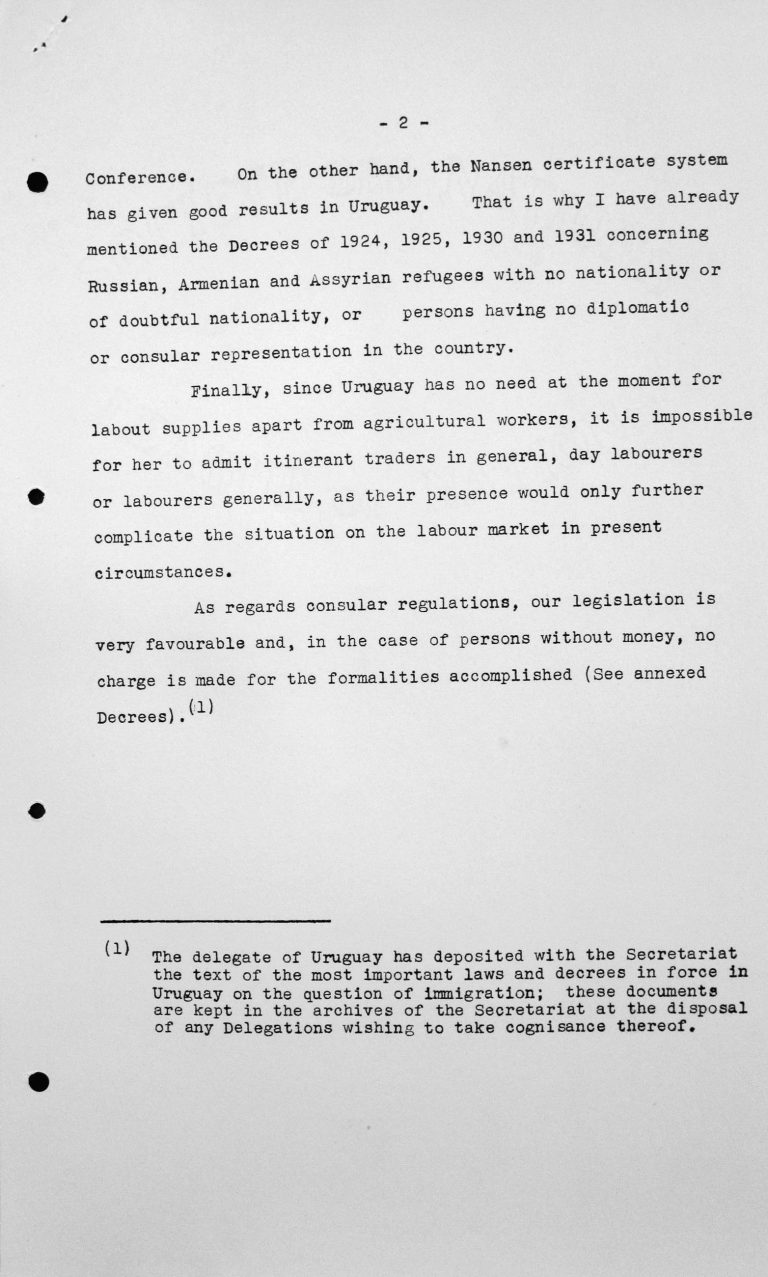 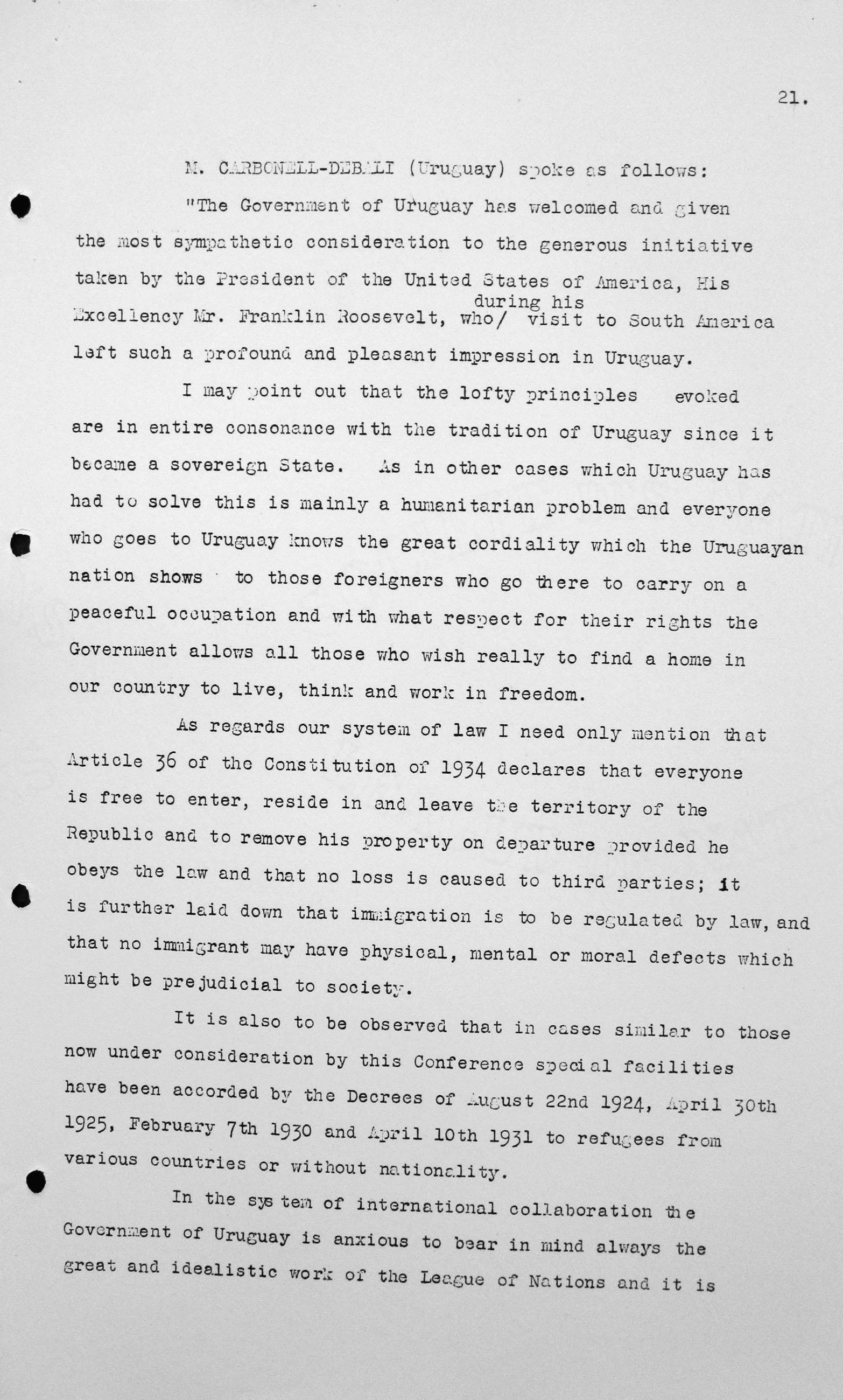 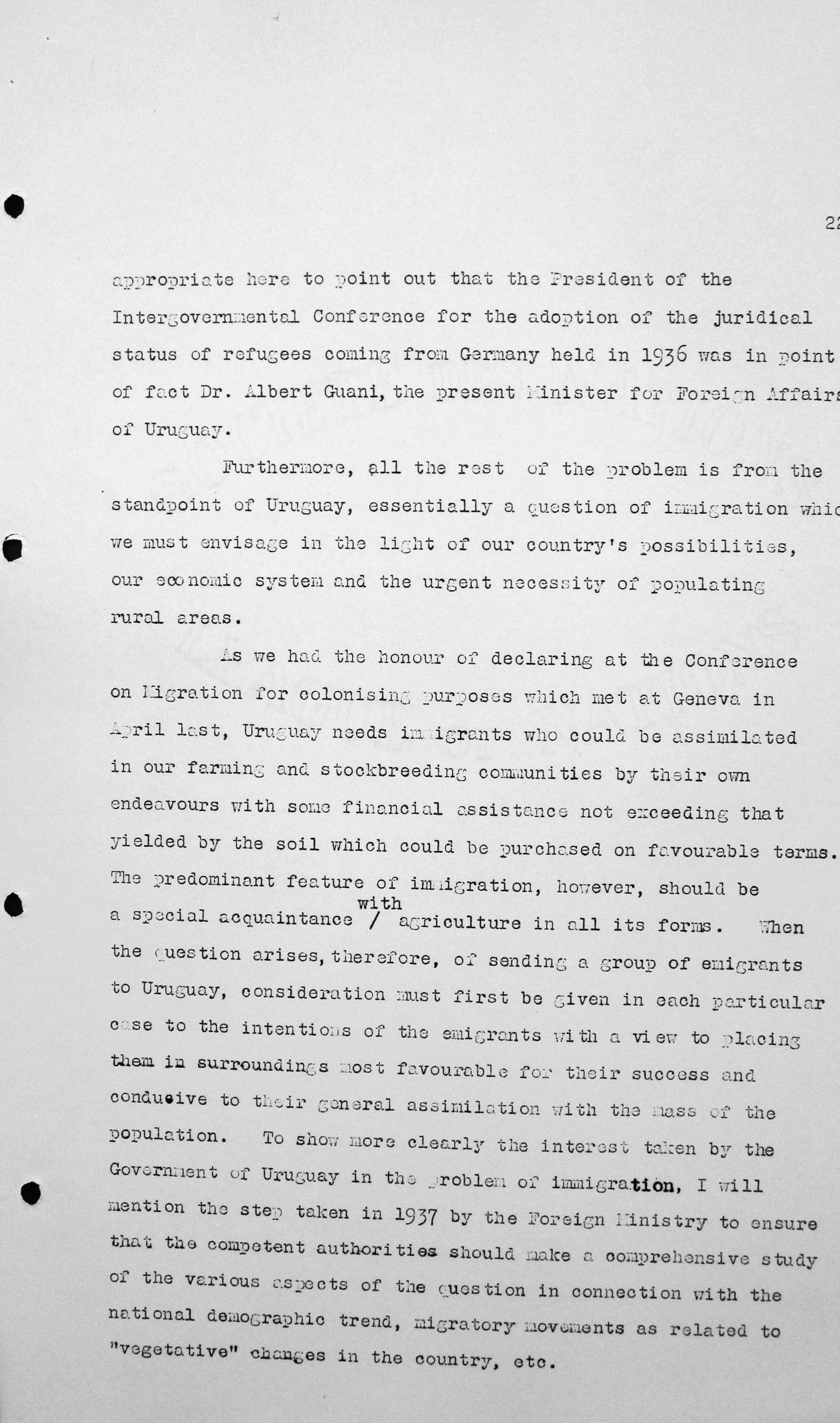 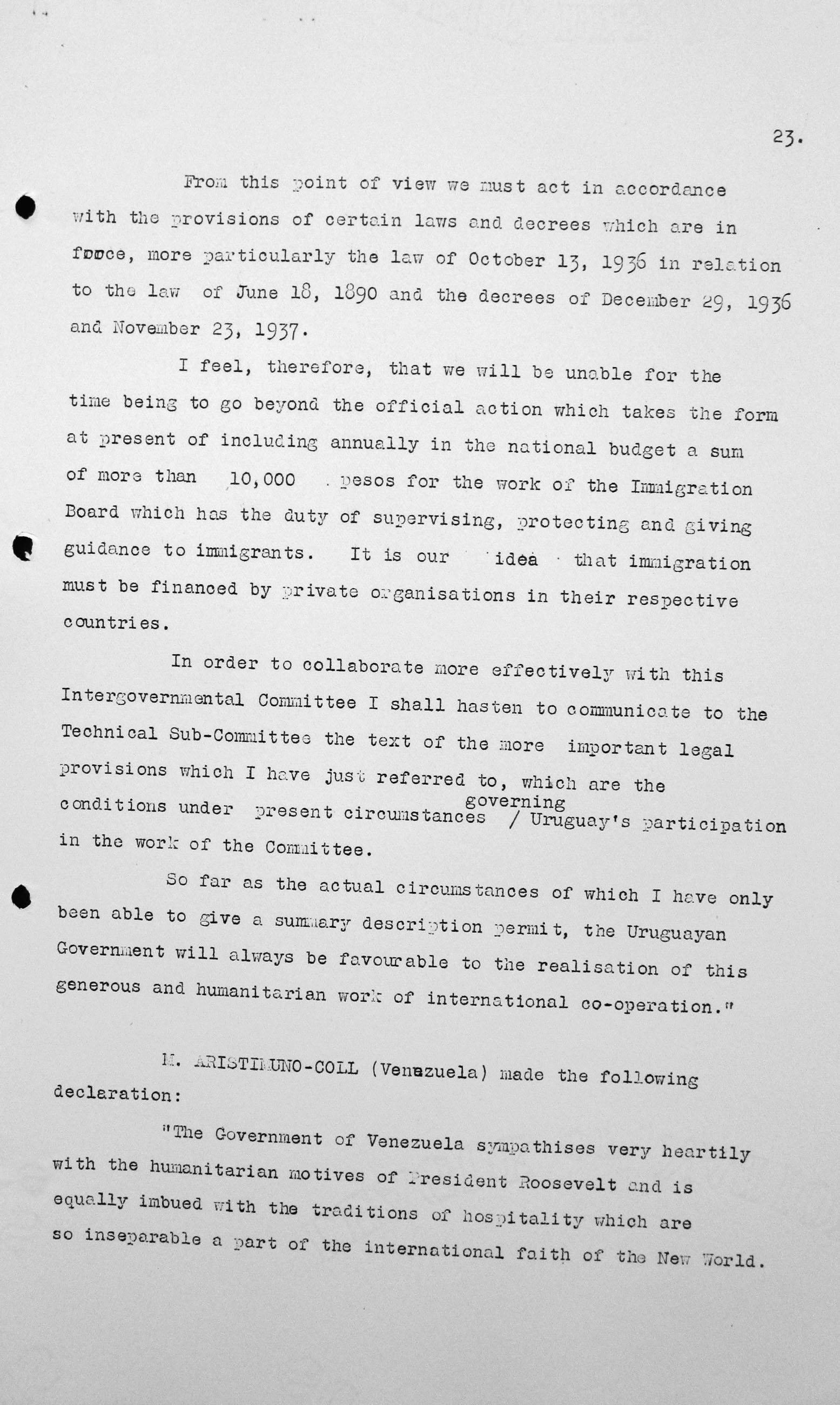 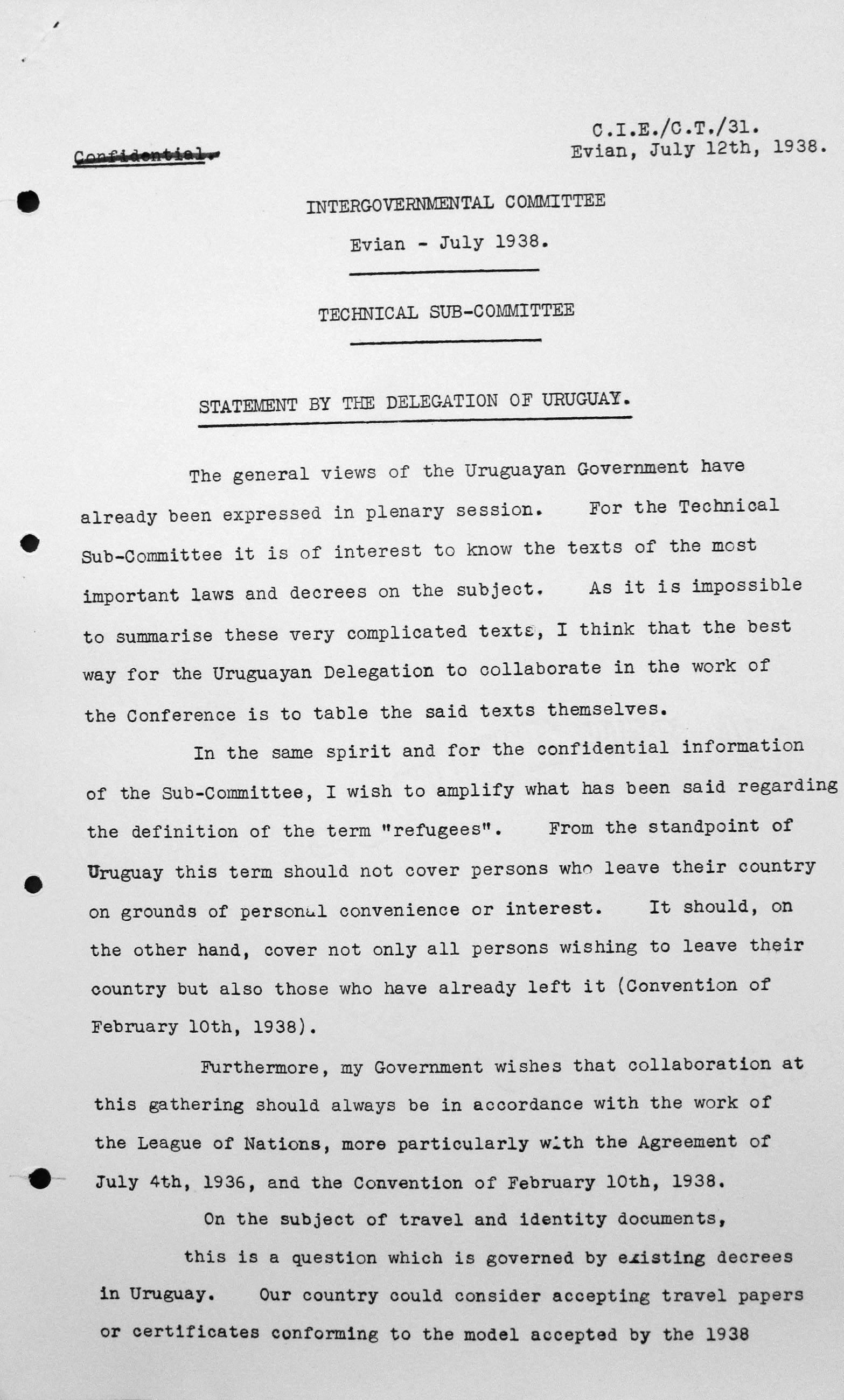 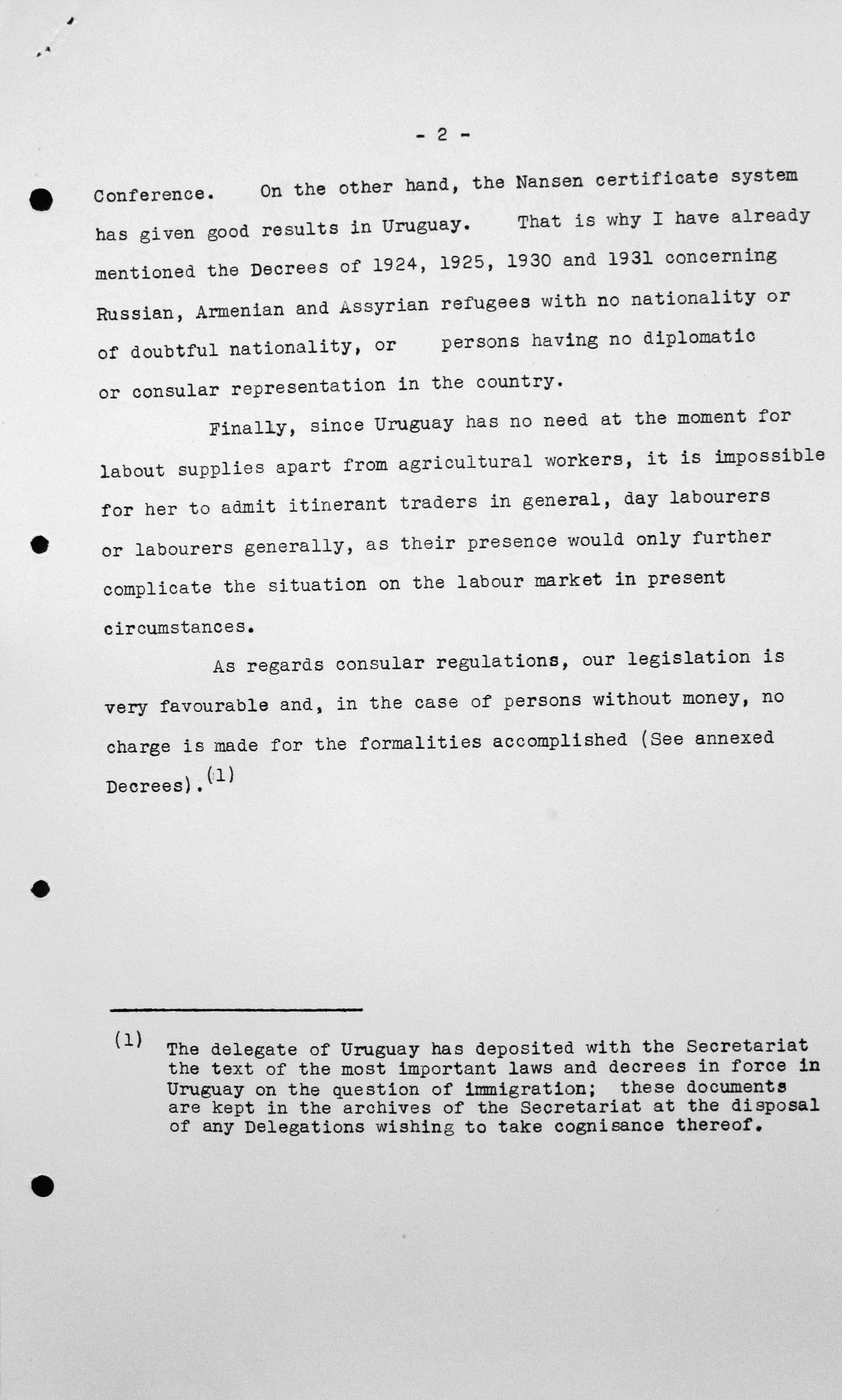