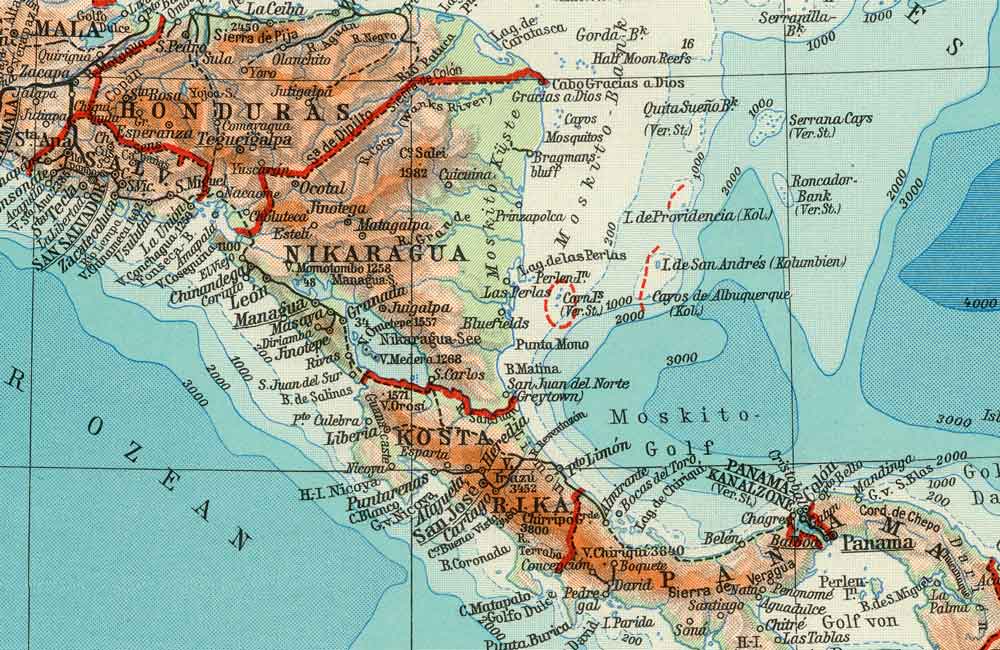 At the Évian Conference, representatives from the Central American countries of Costa Rica, Guatemala, Honduras, Nicaragua and Panama speak with one voice.

Given its strategic location as a land bridge between North and South America that also divides two oceans, Central America has always been the focus of international interests and projections. Until the 1920s, the Central American states have attracted mostly well-off European immigrants. Thus immigration legislation has been liberal. The migrants bring money and expertise, and exert a major influence on the economic and social organization of the individual countries, for example as coffee-plantation owners.

As a result of the Great Depression, these agro-export republics are experiencing far-reaching crises with severe social upheavals. Massacres of rebel groups and the indigenous populations accompany the establishment of dictatorships in Guatemala, Honduras and, at the end of the 1930s, Nicaragua. Although Costa Rica retains free elections, here, too, an authoritarian regime prevails. The dictators are sure of US support under Franklin D. Roosevelt. As part of the “Good Neighbor Policy”, in exchange for complete control over the Panama Canal, the US is willing to recognize their governments despite their trampling of democratic procedures.

Among the political decision-makers in the Central American states are men with clear sympathies for fascism. Key positions in the economies of Costa Rica, Guatemala and Nicaragua are held by people of German origin. Even the neutrality declaration of September 1939 does not alter these conditions. Their declared support for Roosevelt’s policy does not mean that they will move against citizens of the Axis powers in their countries.

Nevertheless, between 1933 and 1945, some 1,000 Jews from Germany and Austria find refuge in the five Central American states that speak with one voice at Évian. Most of these states, however, serve only as transit stations en route to the US. Each country has its own entry regulations, which sometimes differ greatly. While Guatemala, Nicaragua and Panama limit immigration and require proof of capital and employment contracts on entry, the authorities in Costa Rica and Honduras are less restrictive.